It all started in 1856, when the preliminary meeting to organize a Lodge in Watertown was held at Constitution Hall in the Dana Block Building located in Watertown Square on December 17th.

After working one year under dispensation, in accordance with Masonic custom, Pequossette Lodge was duly constituted on Wednesday, December 23, 1857 by M.W. John T. Heard, Grand Master. The Lodge was started with just 19 chartered members. Wor. William Webster, the first Master of the Lodge, served a two year term. Bro. Webster was a High School Teacher and Principal of several schools, including Watertown High School.

The first application for degrees was received from Bro. Miles Pratt. In addition, four more applications were received in that first year. One of which, belonged to Bro. Robert L. Davis. Bro. Davis is said to have contributed more than any other member to the initial success of this Lodge. He became the second Master in 1859 and served again ten years later. Also of interest is that, up to 1869, the Lodge met on the Thursday evening on, or after, the full moon, in order to permit easier and safer traveling on the dark roads. 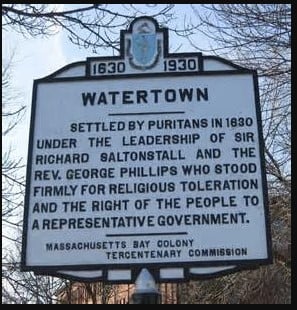 Since 1869, however, the regular meetings have been held on the second Thursday of each month, except in July and August. Thirteen years later, in 1870, the Lodge moved into new quarters in the Noyes Building located on Main Street, a short distance from the corner of Galen Street. On our 25th anniversary, celebrated on December 14, 1882, the Lodge had grown from the original 19 Chartered members to 284. In 1889, the Lodge moved into its third location when it rented a portion of the third floor of the Otis Building located on the corner of Main and Spring Streets. The Lodge was furnished with $1,500. raised at a Masonic Fair held at the new quarters.

Some years later, Bro. Cornelius C. Hodges, Chaplain of the Lodge for thirty two years, added to the furnishings. All three gifts were designed and assembled by Bro. Hodges. The first, in 1907, was the illuminated letter “G”. The second, in 1911, was the illuminated emblems. Both are installed over the Masters Chair. The third, in 1912, was a most unusual Ballot Box which we still use today. Until 1911, it was the usual custom for the officers to serve two years in each of the seven line positions. This meant that fourteen years would elapsed from the time one become Inside Sentinel until he retired as Past Master. In December 1911, the Lodge was growing at such a rate that it needed larger accommodations. Consequently, the entire third floor of the Otis Building was leased for $1,250 per year. The expansion of the Lodge stimulated so much interest in Masonry that nearly fifty applications were received in 1914.

Applications for degrees immediately after World War I were overwhelming. In 1918, a total of 63 members were added. In 1920, a total of 94 were added. At one of the meetings held during 1920 it took over four hours just to ballot on the candidates. It was necessary to hold six meetings a month. These were held on two Thursdays and four Saturdays each month from January to June. Also in 1920, a group of 60 Brethren, mostly all of whom were members of Pequossette Lodge, organized a second lodge in Watertown. The new Lodge was named Victory Lodge. The feeling at the time was that there was no time for any other business, other than balloting and working of candidates during the regular communications.

After almost 75 years, in 1931, Pequossette Lodge membership reached its peak of 725 members. Then in October 1954, the members of the Lodge voted to purchase a parcel of land located at this location, 32 Church Street, from the Knights of Pythias Associates. In February 1955 the Watertown Masonic Associates Inc. was formed to procure the land, erect and maintain a new building. Work started on June 28th, under the direction of Bro. Stanley D. Porter, the general contractor. There were employed in its construction 128 workmen. A total of 15,490 manhours were required before the building was completed. The cornerstone was laid on Sunday, September 27, 1959. 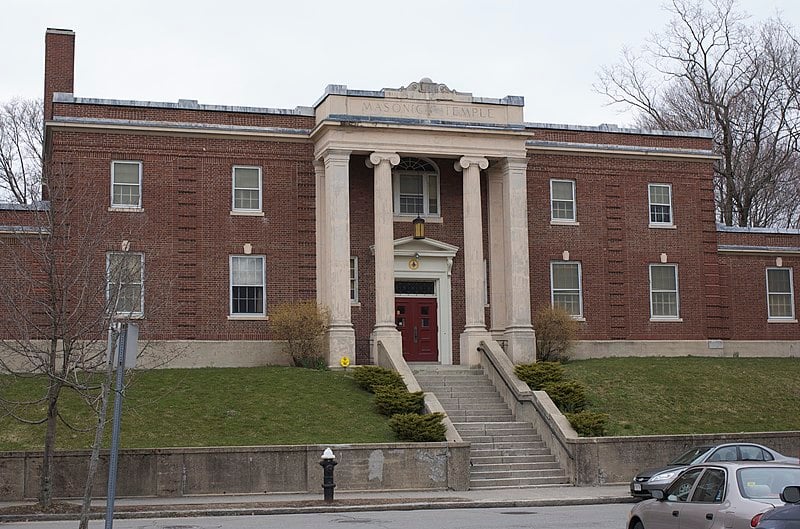 On January 14, 1960, the first communication of Pequossette Lodge was held in this ‘new’ hall. On that occasion the work performed was the Entered Apprentice Degree in the presence of 128 members and 76 visitors. In June 1968, twelve years after initial construction began, the building was paid in full. A ‘burning the mortgage’ ceremony was performed by M.W. Thomas Arnold Booth.

In 2016 the members voted to sell the Masonic Hall located at 32 Church Street in Watertown and relocate to the Mystic Valley Masonic Building located at 19 Academy Street in Arlington.  In 2021, Bro. Marc Khederian with the help of his brothers installed the illuminated emblems and the letter ‘G’ that first hung in Pequossette lodge in 1911 in the Arlington Masonic Building.